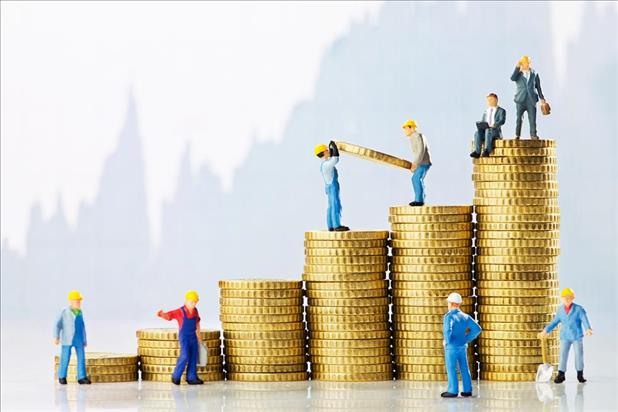 Even though we are in the midst of an economic recovery that seems to be growing stronger by the day, the last decade has been very rough for the construction industry and its workforce. Between April 2006 and January 2011, approximately 2.3 million jobs (more than 40%) disappeared, and while things are starting to turn around, only 1 million of those positions have returned as of May 2015. In many areas, companies are actively seeking to hire skilled trade professionals but are unable to find candidates with the proper experience. Even as wages go up for these types of positions and Americans clamor to get back to work, many jobs still remain unfilled. This lack of qualified personnel threatens to stifle the industry’s rebound and may just be a preview of what many fear could be a more widespread and long-term talent shortage.

The root of the problem facing the construction industry is quite simple: during the recession, an extremely large number of jobs simply vanished and the individuals who previously held those positions were forced to find alternative opportunities to make a living. Many ended up in manufacturing or oil and gas, while others went back to school and joined completely different industries. Some simply retired. Now that the jobs are returning, the workers are not, and this is a serious cause for concern among builders.

According to a 2014 survey conducted by the Associated General Contractors (AGC) of America, 83% of construction firms reported having trouble staffing a variety of critical positions such as carpenter, laborer, and equipment operator. The difficulty in filling these positions has led many businesses to begin increasing wages and using incentives such as bonuses to attract the employees they need. In commercial construction, for instance, average weekly earnings in April 2015 rose 3.3% from the prior year. Depending upon the particular location, however, this number could be closer to 6%. Compare this with the 2.2% growth experienced across all private sectors and it becomes clear that there is a pronounced lack of talent for construction companies to utilize.

The rate at which wages are increasing is even more striking when looking at the numbers by specific position. The National Center for Construction Education and Research (NCCER) recently released the results of its 2014 craft professional wage survey which found that of 17 craft positions studied, 15 saw their wages jump over the prior year. Leading the way were boilermakers, whose pay rose 16%, followed closely by industrial maintenance mechanics at 15%, electronic systems technicians and instrumentation technicians at 14%, and millwrights, who received a 13% boost in compensation. For professionals who specialize in these areas, the demand outweighs the supply and employers must pay top-dollar to find the right personnel for their projects.

This already small pool of qualified workers seems poised to shrink further as many baby boomers prepare to retire. Now consider the common industry complaint that training for skilled trades is not up to the standards most companies require. What we have is the potential for a serious and prolonged talent shortage unless something is done soon.

Many companies have already adjusted some of their policies to try to avert this crisis by partnering with local trade schools or offering on-the-job training so that they can nurture green workers and ensure they have just the skills needed for the job at hand. Another strategy is to lure away employees from other firms, and there is a fair amount of poaching going on throughout the industry at the moment (28% of respondents on the AGC of America survey reported losing staff to a competitor).

While training the next generation of carpenters, welders, and plumbers may be best for some construction companies, other entities have chosen to fundamentally change the way they do business. Getting more done with less has been the mantra of a lot of organizations since the recession began, and this lean approach has driven many innovations that will continue to spread as firms struggle to find team members with the proper qualifications. The use of prefabrication, for example, is growing rapidly as the labor force dwindles, and it is becoming more and more common for large projects to be preassembled rather than built completely on site.

Moving forward, construction firms need to attract and retain quality employees by providing competitive salaries and exceptional development programs along with a culture that promotes excellence and progress. Everyone appreciates financial benefits and large raises, but just as crucial are the personal rewards offered by a top-notch organization. Increased compensation will attract more young workers eventually, but that will take a number of years and require significant investments in education. In the current environment, it is far more important to hold on to skilled trades personnel and poach talented performers from competitors. For companies hoping to capitalize on the emerging economic recovery and maintain their success for years to come, the best strategy will be to focus on both short-term (bonuses and improved wages) and long-term (high-quality training for new recruits) talent acquisition.

4 Types of Cover Letter Introductions to Help You Stand Out

Learn four proven approaches (with examples) for writing a cover letter introduction that will grab employers’ attention and get you more interviews.

Can You Hold a Part-time Job While Working Full-Time?